Social media has created opportunities for writers to engage with each other in new ways as well as to hone their craft in a supportive and constantly evolving community. When Kiss of Death (KOD), the mystery, romance and suspense chapter of the Romance Writers of America (RWA)—an online network of genre-oriented authors that offers expert writing and publishing workshops and consulting—started a simple writing game on Twitter, the community concept went viral.

KOD member Kathryn Jane first volunteered to help the chapter with its social media efforts in 2014. She was not familiar with Twitter and was initially unsure how to generate activity through the platform. “Writers are generally introverted,” she tells Monologging.org. “Especially a couple of years ago, members of our group were hesitant to engage in social media.”

Looking for a simple way to encourage members to participate on Twitter, Jane had the idea to ask authors to share one line at a time from their works in progress. This concept evolved into the #1linewed hashtag, which the KOD chapter uses to prompt followers to share a snippet of their writing that reflects a weekly theme announced by KOD every Wednesday.

The #1linewed hashtag took off as KOD members gravitated toward the simplicity of the weekly task. “It makes writers consider what they can write in one line that would make someone stop and think,” Jane says. She shares a different theme each week, using concrete terms like “feathers” and “window” as well as more elusive concepts like “under” and “start.” Participants interpret the prompts differently, either Tweeting a sentence or two that includes the word of the week, or using it to check how many times the word appears in their work.

“(one author) told me he now writes with the thought of #1linewed in the back of his head,” Jane reflects, “because he wants every single one of his lines to be Tweet-worthy.” Initially, chapter members grumbled about the 140-character limit, unconvinced that powerful lines could come so neatly packaged. But the character limit forces writers to refine their language and avoid unnecessary filler words. “Many writers say it has improved their writing, because they have seen what tightening the language really does to their work,” Jane says.

The trend continued to grow within the Kiss of Death chapter as members used it to provide feedback. “It’s this one little social thing to participate in and feel a sense of community with others,” Jane says. “We would cheer for each other. We were all retweeting each other.”

Others outside the chapter caught wind of #1linwed and asked Jane if they could participate even if they were not romance writers. “I would say, ‘Yes, Twitter’s free, you can do anything you like,” Jane says. “Writers are writers; let’s get our stuff out there and have an influence on the world.”

As others outside KOD began to participate, Jane learned one day that #1linewed was trending on Twitter. “I was just gobsmacked,” she says. “And it just got crazy. It was completely organic the way it grew.” The writing game burst past the KOD community, especially as similar weekly Twitter writing games developed. The success of #1linewed also has brought thousands of new followers to KOD as well as increased interest in the chapter, which offers writing workshops on topics from crime physics and martial arts to self-publishing and author newsletters.

Jane stepped down as KOD’s vice president of communications effective January 1 and passed the #1linewed torch to her successor, Sam Bradley. Bradley, who was president of the chapter last year, is excited to take the reins. “I think it took off because it’s quick and it’s fun,” Bradley tells Monologging.org. “Especially as more people participate, it gives authors more exposure to their work. One compelling line might get someone interested in buying a book,” Bradley suggests, identifying the hashtag game’s marketing potential for writers looking to gain exposure and interest from readers. That said, there is a prevailing etiquette detailed in the rules to #1linewed. Writers are kindly asked “Please no buy links,” at the start of the weekly twitter event, and for the most part, authors respect the credo.

As writers seek to improve their writing and to connect with fellow authors, the #1linewed movement shows no signs of slowing down. The often-trending hashtag offers proof that a great one-liner can inspire other writers and cultivate a social media community that transcends the virtual realm with tangible results. 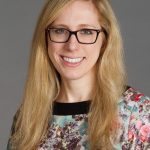 Jennifer Cremerius is a writer, editor, and graphic designer. She earned her MA in Writing and Publishing from DePaul University and her BA in English from the University of Illinois at Chicago. She has experience as a journalist and enjoys the unpredictable nature of conducting an interview. Yoga, cats, hiking, and used bookstores make her happy. Originally from Chicago, Jennifer now lives in Upstate New York.