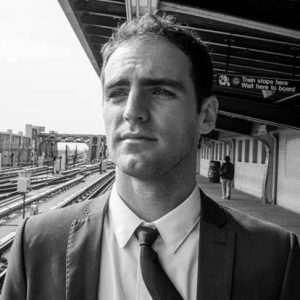 Joshua Hatcher is a singer-songwriter, composer, producer and eclectically talented instrumentalist who is currently working on a new album. Based in Brooklyn, NY he often returns to his hometown, Ithaca, NY to perform. Hatcher’s passionate and earnest approach to his music is based on a life lived with an open heart and a love of creativity.

Hatcher grew up listening to his dad’s jazz records and began taking primarily jazz piano lessons in fifth grade. “It started out kind of rudimentary, like songbooks and some classical,” Hatcher tells Monologging.org. “My teacher, who was a jazz pianist herself, recognized that I wasn’t good at practicing the classical stuff, so we transitioned pretty quickly to exclusively jazz,” he recalls. He listened to a lot of soul music and especially enjoyed Stevie Wonder, Curtis Mayfield, Marvin Gaye, and some hip hop as well. His love for these genres has heavily influenced his current sound which exhibits a modern twist on the classical jazz vibe.

Hatcher’s first solo album, Neuroses, was recorded during 2010-2011 and released in May, 2011. Reflecting on the work, Hatcher is a harsh critic. The album is “slightly scattered,” he says.  “I was trying to jam in this wide smattering of influences and styles.” Neuroses served as a learning opportunity for his second album which has a focused and authentic quality. While attending University of Rochester, Hatcher had an internship at Rep Studio in Ithaca, NY where he received free studio time. His friend was in the recording program at Ithaca College and helped him record the album. They chipped away at the project over the span of a year, contacting other musicians to fill in during various parts where Hatcher desired assistance. “I don’t think recording over that long a stretch of time is super valuable because I feel like I changed as an artist through that time and inevitably what I create I’m not going to like so much as time goes by,” Hatcher says.

Hatcher believes his personal style was more developed in his second album, Another Thing. “I think there is definitely a very distinct evolution from my first to my second album because with the second album I was worrying less about how it was going to be perceived and I just let it organically happen, I let the feeling take me,” Hatcher says. He wrote the bulk of this album amid his first year living in New York City. During that time he dealt with the personal turmoil, and general angst that seems to accompany many a newcomer to New York. “Because I was dealing with a big move and was very secluded, I wasn’t too concerned with how the songs would be perceived by the public while I was writing the content of what became the album, so I felt that this gave me a little more humility than the previous album, where I might’ve been striving for ‘this sound’ or ‘that instrument,’ and just stripped it to raw, honest feeling,” Hatcher says.

“I don’t need a big house, I don’t have a lot of things / but I’ve got a big old mind that’s jam-packed to the brim.” He sings in “Pour Me Out,” one of the most memorable songs on Another Thing. The lyrics express his need to clear out his mind in order to make space for a partner, and are relatable largely on account of Hatcher’s natural sound. “I don’t think I could have come up with most of the content of Another Thing had I been trying really hard to do so,” Hatcher reflects, proud to have created music that spoke directly to the situations he faced at that point in his life.

Hatcher’s current live lineup, known as The Ristrettos during their live performances, is comprised of himself, Robin Schmidt, and Andrew Marshall. Hatcher plays primarily keyboard instruments, which includes typical keyboard tones, organ and bass keys, and also plays a bit of acoustic guitar. Robin Schmidt plays guitars, and Andrew Marshall plays drums and percussion. Hatcher writes all the lyrics and music but is always open to suggestions from his band. “They’re the best band ever, we’ve really solidified as a cohesive group over the last year or two, and I’m proud to be recording with them come March for my third record,” Hatcher says.

The Ristrettos recorded Another Thing over the course of three 14-hour days booked at Electric Wilburland in Newfield, NY. “It was really a wonderful experience because you get in this sort of trance working on things like that all day,” Hatcher says. He plans to go about recording his next album in a similar way and is currently working on a new album which will be groove and funk-based, yet jazzy. He is excited to use different types of keyboards and expects the songs to be more upbeat and united in style this time around. “In part from being influenced by my band and in part from just getting a chance to play with the same people routinely, I feel like I’ve landed on an even more solid sound which is a little bit more collected than my last album,” Hatcher says.

The artist has booked studio time at Electric Wilburland for March, 2017 and plans to record his new album which will include five or six songs. Hatcher has noticed that he is more successful when he tries not to think too much about attracting a certain audience, saying “I think I create a better product when I’m just kind of doing something for myself.” He believes that a big part of being a successful artist is realizing that nothing is perfect and nothing is ever going to truly feel finished, so it is necessary to simply get it done and then move on to making something even better. 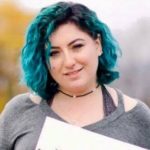 Sarah Chaneles is a senior at Ithaca college studying journalism and sociology. She is originally from Rhinebeck, New York and has spent time in LA, Boston, and currently Ithaca. She enjoys writing, photography, theater, most TV and Film, discussing animal rights, and hanging with her dog.