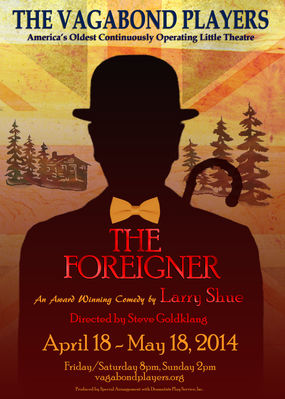 Baltimore’s Vagabond Theater continues its 98th season with another gem of a play, The Foreigner, running April 18 – May 18. This smart comedy of errors defies typical conventions and avoids predictability. Director Steve Goldklang has created an instant hit: the theater was near capacity on opening night, and the laughs kept coming.

The play opens on the rustic common room of the Meeks’ Fishing Lodge/Resort in Tilghman, Georgia. Staff Sgt. “Froggy” LeSueur (Ian Bonds) is seen depositing his friend, Englishman Charlie Baker (Eric C. Stein) for a few days’ stay at the request of his sick wife. Charlie’s already inhibitive social anxiety escalates when he learns that there will be other strangers in the house with him. He begs Froggy to take him somewhere else. Instead, Froggy promises Charlie that he won’t have to speak to anyone and, in a spur-of-the-moment decision, tells Betty (Carol Evans), the owner and operator of the lodge, that Charlie doesn’t speak English. Charlie feels like he has no choice but to go along with the scheme when two of the lodge’s other occupants, Rev. David Marshall Lee (David Shoemaker) and his fiancée, Catherine Simms (Amanda Gatewood), enter the common room. The two of them begin a very private conversation, not realizing that Charlie is in the room having tea. Charlie is unable to escape without being seen. When confronted, he pretends not to understand. 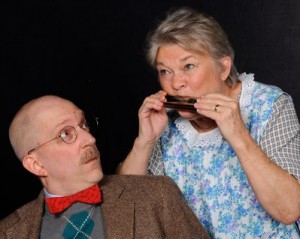 Betty comes to the rescue, informing her guests that Charlie doesn’t speak English. From then on, none of the house’s tenants has any qualms about spilling their secrets in his presence. Soon every character’s thoughts and confidences are in the open. Charlie and the audience are privy to clandestine plots. Reverend Lee isn’t as straight-laced as he might appear. His friend Owen (Steven Shriner) is clearly up to no good.

Meanwhile, Catherine and her younger brother, Ellard (Tavish Forsyth) develop unique friendships with Charlie. Catherine invites Charlie on walks around the property where she confides in him, feeling free to do so since, as far as she knows, he doesn’t understand what she says. Ellard, on the other hand, decides to “teach” Charlie English. Despite his own shortcomings, he’s the best at communicating with Charlie. When Froggy stops by to check in on his friend, he discovers that his impromptu solution to Charlie’s problem is working better than he could have ever imagined – if not in the way he’d planned. 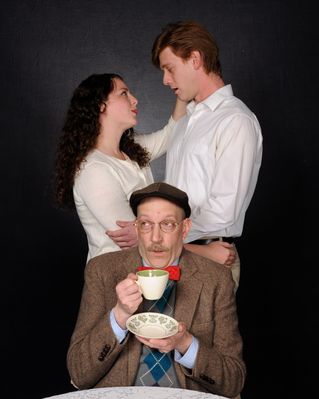 What makes this plotline exceptional is that, even though Charlie pretends he can’t speak English, he doesn’t play dumb. Charlie fully steps into his persona as “the foreigner.” The guise is liberating, easing his debilitating social anxiety and enabling him to interact with those around him. Charlie soon becomes the much-loved central figure of the lodge. His level of removal from all situations allows him to observe each member of the household – Ellard, Catherine, and Betty in particular – and to use his unique position to positively influence their regard for one another. Ellard, for example, gains confidence after working with Charlie and soon his rapport with Catherine improves. Likewise, Betty gains from her interactions with Charlie. The challenge of communicating across a language barrier is a new and exciting experience for her, reviving her interest in life and dissolving feelings of old age.

The situations created by Charlie’s ruse are rich in opportunities for comedy. Goldklang takes full advantage, expertly directing the cast and delivering poignant moments as well as humor. Stein is perfect for the role of Charlie. From his flawless English accent to his incredible range of facial and nonverbal expressions, his performance establishes a loveable and memorable character. Shoemaker’s Reverend Lee masterfully operates on multiple levels, effectively feigning calm toward Catherine while masking his anger. Forsyth, one of four actors making his debut on the Vagabond stage, adds charm to Ellard’s apprehension when trying to please his older sister, displaying his character’s confusion and simplicity without making him a caricature. Ellard’s and the other lodge tenants’ Southern accents are obvious without being overdone, and their comedic timing in interactions with one another keep the audience laughing right through the play’s satisfying conclusion. 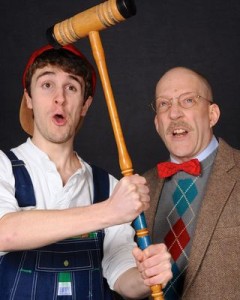 The Foreigner has its serious moments too. The scenario forces audiences to consider stereotypes by revealing aspects of each character’s nature through their attitude toward that which is foreign – namely, Charlie. The construct subtly allows for believable character development and demonstrates how moving outside of one’s comfort zone can enrich life in unexpected ways. Audiences will come to adore Charlie the way that Catherine and Betty do, and rightly so: it’s hard to believe, after watching this story unfold, that Charlie ever could be, as he describes himself, “boring.”

It’s clear why this award-winning play continues to be performed since its 1984 debut – it’s still relevant to audiences of all ages. The cast and crew at Vagabond bring wonderful life and charm to their production. Catch it before it closes on May 18; you’ll be glad you did.