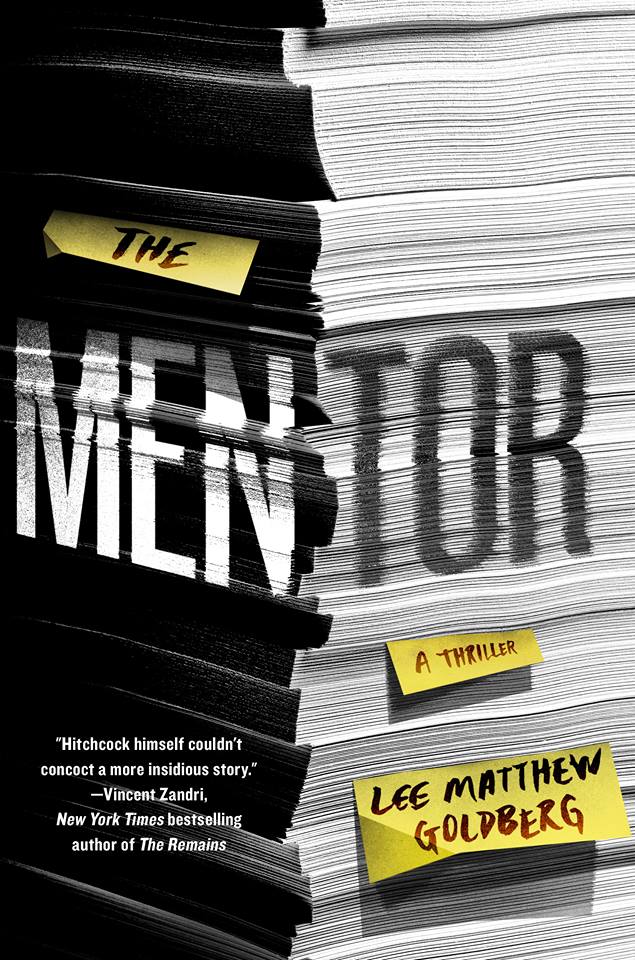 “The Mentor” Photo Courtesy of leematthewgoldberg.com

Lee Matthew Goldberg’s The Mentor begins with a quote from Leonardo Da Vinci: “Poor is the pupil who doesn’t surpass the mentor.” Readers will inevitably come to question whether the quote is meant to refer to the events of the plot, or to Goldberg’s novel itself, a foray into the thriller genre that is at once evocative of genre-pinnacles like The Firm and yet inextricably linked to modern life, modern practices and modern ideals. Does Goldberg surpass his mentors? For better or worse, the question is posed to the reader before the first page.

The Mentor is undeniably engaging: Kyle Broder, an up-and-coming literary editor at fictional publishing house Burke and Burke, is beset upon by William Lansing, an increasingly obsessive college lit professor bent on publishing a book that reads like a novelization of the Saw franchise. The plot is at once pleasantly familiar and curiously new. Goldberg writes a version of the New York publishing scene that is funny, charming and cynical, basing The Mentor in an office that reads like an off-kilter rendition of one of John Grisham’s beloved, corrupt law firms. But the flaws in Goldberg’s work are visible from the get-go. The Mentor is the sort of book where characters repetitively quote from a who’s-who of famous authors and always order their alcohol by name. Every emotional act is clarified with an adverb and every female character is a set-piece. It is the sort of book where the antagonist beats himself bloody with a heart-shaped rock under the floorboards, to replace “the pain of rejection with a physical sting,” and still finds time to make a reference to The Tell-Tale Heart.

What are readers to make of Professor Lansing? The man is referred to as Kyle’s mentor several times within the first fifty pages of a book titled The Mentor, and Lansing’s insanity is obvious from the beginning. This is the sort of character who trails off mid-sentence while teaching, because he is entranced by fall foliage so red it’s “like its leaves had been painted in blood.” He likes his meat rare, speaks in dissociated tangents, and shudders when he recalls, “where he came from.” Lansing’s monstrosity is so plain that readers may wonder if they are being set up for a twist or meta-textual commentary, but the character is meant in earnest. At his worst moments, like when he guts Kyle’s cat and sticks his girlfriend’s panties in the wound, Lansing seems better suited for grindhouse cinema, but occasionally he presents a compelling twist on monstrosity itself: How much more terrifying is the monster we see than the monster that hides in the shadows?

Goldberg’s writing is at turns promising and pedantic. He breaks the writer’s adage “show, don’t tell,” on nearly every page, but exhibits a bleak, wry wit at times that is worth the price of admission. When he limits himself to the Halls of Burke and Burke, he shows real talent, a voice that seems equal parts David Sedaris and Stephen King. Interactions with stock characters from the literary world, like the increasingly desperate middle-aged editor trailing a string of broken marriages, or the wannabe-socialite agent with only one client, are reminiscent of a particularly biting Shouts and Murmurs. A meeting with an aging, drug-addicted, ultra-conservative spy-novelist with “four wives in the can, a week once spent in the gulag, the loss of his pinky finger during a game of Five Finger Filet in Moscow,” is particularly amusing. The man is seemingly modeled on the worst parts of Clive Cussler and Tom Clancy, and the worst part about him is that we only meet him once. It is during these chapters that The Mentor shows real signs of life. Sadly, we do not stay there.

The Mentor, which, again, asks readers to rank it in the pantheon from the very beginning, is ultimately, a shakily-written story that features spectacular levels of violence, most of it against women, and asks only one, simple question: “Does each of us carry violence in our heart?” But the villain in this narrative is so grotesque, so utterly over the top that many readers will instead ask themselves, “how the hell did nobody notice that this man is a gibbering psychopath?” Lansing is so plainly evil that by the time he cuts off a young writer’s fingers to prove a point, his brutality has become rote, and so, meaningless.

Goldberg has not surpassed his mentors, but he is far from a poor pupil, and it is too early to ask such a question in any case. Goldberg is a young writer who shows great potential. He should care more for his characters, and rely less on shock value, but he is inarguably an author to watch. The question can wait. 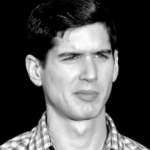 Benjamin Mumford-Zisk was born on a Friday. He is the author of the Origami Man series, a graduate of the University at Buffalo, an unflinching nerd and an amateur gourmand. Currently based in Wellington, New Zealand, Ben spends his spare time thinking about lasers, eating things, and examining the work of others for ideas to “borrow.” An accomplished pickpocket, Ben is never short of spare watches, wallets and jewelry, all purchased legally through legal channels. He finds confusion exciting, as it almost always immediately precedes learning, even if all that’s learnt is that it’s best not to shake hands with charming strangers on the train.