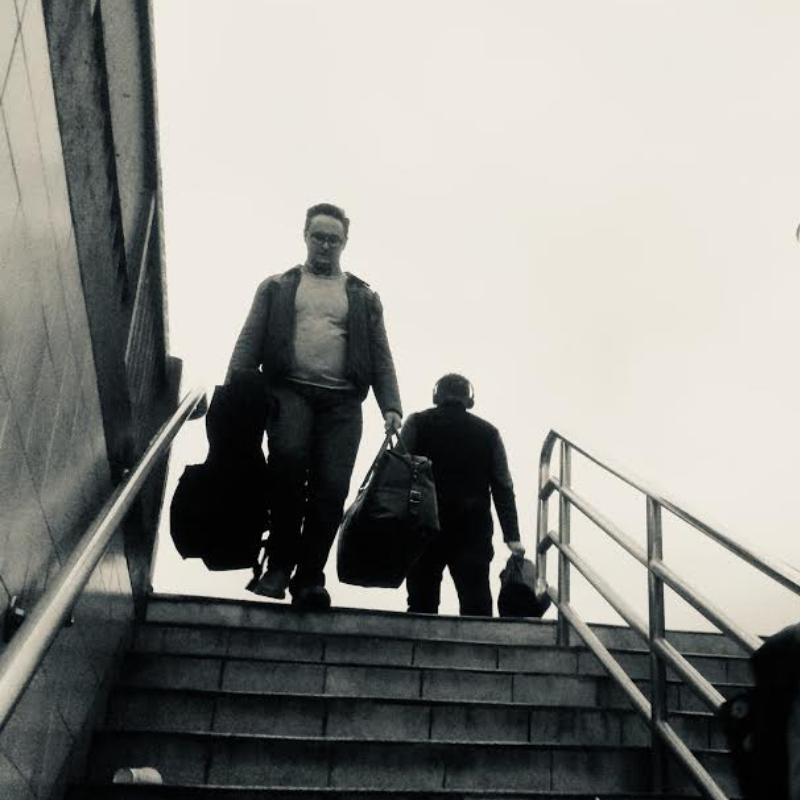 Boston, Andrew at The Bebop

The Bebop has a nice facade for a Boston bar. To accent the royal blue, gold filigree was used to accent the colonial trimming. Those fine details were painted over years ago, but people say it’s the thought that counts, and maybe they’re right. It’s clear the owner loves the place, and that passion extends beyond caring for the building into his dealings with the artists he books for performance.

My friends in Boston sometimes find it difficult to land a gig at a respectable joint. There’s a lot of talented competition, but the host at the Bebop keeps an open mind. If your sound is new and unique, he’s interested, and if you’ve some proof you can draw a crowd and won’t blow off the gig, he’s invested. Though large, the Boston music scene is pretty insular. Not hard to get into, but difficult to hide from. Most people know each other, and reputation is…everything. Even big cities have their close-knit groups where high school never really ends.

My friend Andrew isn’t fancy, but it doesn’t matter much. He has tattoos, sleepy eyes and used to have a drinking habit. He’s sober now – I’m really proud of him. Anyway- the point is that Andrew doesn’t look like he’s from Brookline; he didn’t go to Harvard. But he’s one of the most successful freelance musicians in the city. The Friday he hosted his album release party, most of my friends attended. He runs an open mic in another part of the city on Wednesdays, and is a linchpin in the scene. Everyone knows Andrew – he’s so sincere, and has an innate musicality that makes it easy to support him. That’s probably another reason why The Bebop let him set up. He brought his friends and mine onstage to support him: Jocelyn, Dan, Suze, and Emily and Jake.

The night started early, at 9 p.m., so I was behind The Bebop at 8:30 watching Dan and Andrew tune/smoke in crisp February. Andrew wisely organized the lineup like a menu–deftly directing the audience from aperitif soundbites to the savory main course and then onto sweet desserts. Jocelyn began on keys first. I admit I’m critical of her Alanis-esque vocal vibe, but she’s a damned good songwriter, and certainly has interesting life experiences to draw from. Namely, the scars of her last relationship. Her off-kilter asides, “This is about when you love someone…and they’re toxic for you…” prove that she sings from her heart.

Dan played next. Dan’s stuff is bluesy, folky, indie-rock music. His lyrics have made me cry, and that’s coming from a woman who’s been called “ice queen” twice by men, unprovoked. Dan might be the most talented lyricist in Boston right now. It’s true he is my best friend, but he’s made absolute garbage before and I told him so. You can trust me when I say he did a good job.

After Dan sat his guitar down to wander for some whiskey, Andrew debuted some songs off his new record. The new album is a mix of folk, rock, and a little pop punk – a holdover from his high school emo years. The mix of musicians featured on it is stunning; he’s an amazing curator. The whole thing is ear candy and everyone featured was in the audience.

The night didn’t end with Andrew, which is a good thing. He’s a great musician, but he knows that the last act of the night – Emily and Jake – is one to anticipate. Like Graham and Emmy-Lou, they’ve got an amazing sound and musical chemistry that’s undeniable.

I’ve lived in a few places and have known a few scenes, or undergounds, or whatever you want to call a city’s creative underbelly. Boston’s is kind. Compared to other places, Boston’s weirdo underground feels…open. Like it’s ready to accept new talent, but also ready to spit people out when it needs to. And you don’t even have to play an instrument! It’s anticipating poets, visual artists and comedians. When I call it the “music scene,” I’m really referring to the entire performance community. Just don’t go full Marina Abramovic and Boston’s ready for you.

I’ve been in Minneapolis for four years, and though I tried to love it (it’s a beautiful place), I’ve never felt right here. Hopefully someday I’ll get out, but someday isn’t today, and it sure wasn’t September, four years ago. I got into Minneapolis’ scene intentionally – I think that’s the only way you can get there. Like making friends in the Midwest, you have to force things at the start.

I started going to open mics, like I used to in Boston and Green Bay. This time I did it alone. The audience is older and into soft country music, which would be fine if they didn’t leave the venues en masse around 8:30 p.m. When I say venues, I’m talking about coffee shops, family-friendly restaurants and one sticky bar with the worst sound system I have ever plugged my guitar into. (Including the kicked-in monitor my punk band used in 2008.)

At the beginning, I had a tough time getting in touch with the “scene” because there really wasn’t a visible one. I ended up finding a little bit of fuckery through a metalhead friend who took me to a psychedelic show in an unfinished basement, but those experiences are rare. There are no illegal house shows in Minnesota like there were in Boston. I’ll probably never have to roll cigarettes for permission to use a bathroom. I won’t have to worry about the police finding weed under a loveseat painted by a friend. That doesn’t sound very sad, but it is to me. I even miss getting yelled at outside Dunkin’ Donuts. Minneapolis feels sterile. That said, it also feels open, crisp and almost regal in the winter.

At Chatterbox Pub in Northeast Minneapolis, there’s an open mic on Tuesdays. Recently, my friend Matt said to me, “I always feel a little ashamed when I step into Chatterbox.” He’s right to – it’s the only “edgy” venue for live music in the cities, and it’s gross-gross, not cool-gross. It’s the one with the bad sound system.

The mic is run by a Swedish man named Felix, and he openly acknowledges how bad he is at his job. But he made signs for audience participation (CLAP, WHISTLE, QUIET) so that’s something. I want to talk about Chatterbox because if I write about Riverview Cafe or Local Roots, I’ll only have one thing to say: there’s a man named Jun. He is the best thing about the Twin Cities, full-stop. He has the most beautiful spirit, and is motivated to get the scene…going. I can feel it moving, too. It’s a slow process but Jun’s doing all right.

If you start attending events around here, you’ll get to know a few people pretty quickly: there’s Jun, my friend Matt and his band, Sara the 16-year-old, the Native American flute player, and a few talented older guitarists. There are three of them: Gary, Miles and Steve. At Chatterbox a few days ago, the whole list was ready to play in the old back room.

Felix set up the sound to route through house speakers, so it was even more garbled than normal. A Nordic-looking young woman sat in the corner, clearly new. She had friends around her, all of whom looked too young to be there (and just in general). I can’t remember her name but she was actually pretty good.

Felix always starts the night off with some over-complicated classical guitar piece. Like me, his clumsiness extends to his performances, but unlike me, it bothers him. He fumbled through his second piece, and then surrendered the stage to Jun. Jun plays folk music, but traditional folk, like hymns and stuff. He doesn’t sing; he just plucks the melodies straight on his cheap Yamaha, or if he’s feeling really fancy, his Strat. Jun is delightful, as a person and as a musician. He’s a great palate cleanser because it’s clear he’s just there to talk to his friends (everyone is his friend) and have a good time.

Matt played as well. He’s trying to make it, which I find hard to swallow. Not because I don’t think he can do it (his band, Cook County, is great) but because it’s just so difficult. Matt lives in Minneapolis, and his life is already so full. But he’s talented, and sometimes lets me sing with him. I don’t like to play alone if I don’t have to, so I joined him for a song. “20 Years,” by The Civil Wars, if you wanted to know.

The three old men sat together at a booth, superior and quiet.

16-year-old Sara is sixteen, and she makes sure to tell you every time she’s on stage. I’m sure her parents decided that was her tagline, and she’s made it a refrain. Sara is talented, but needs refinement. She sings adorable songs about choir class and the boy she saw play “Come on Get Higher” at the school talent show (that last one is actually me, but you get the idea).

The Minneapolis scene won’t bother to find you – it’s not open like Boston’s. It requires you to chip at it until the chill gives way. That can be difficult and it takes too long. But I think it was Mr. Rogers who said to “look for the helpers” when you’re having a hard time. There are some helpers. There’s Jun, and probably Sara, when she grows up. You can look for me, and if I’m still around I’ll have you over for dinner. We’ll figure it out together. I’d like another friend. 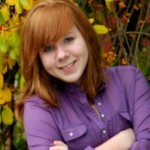 Katelyn Brunner is a freelance writer and copy editor in St. Paul, MN. Between work and personal projects, she is pursuing a Master’s degree in English from the University of St. Thomas.