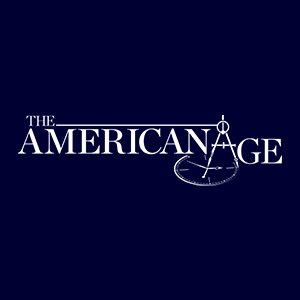 – Honest Conversation With C. Travis Web, @ The American Age Yields a Testament to the Resilience of Reason – 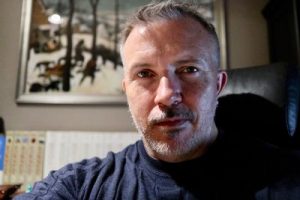 “There are principles, virtues. Grace is real. We can find our way back…”

@monologging: For how long have you been planning to launch American Age? & What stars needed to align before you could make this venture a reality?

@theamericanage: November 9th, 2016. That’s the day I decided to create The American Age. I was despondent over the election. Not because of Trump, per se, but because of my tribe’s complicity in his creation. I mean humanists, intellectuals….

@theamericanage: We helped summon Trump. We looked in the mirrors of our college seminar rooms and said his name over and over until he appeared. Not him literally, but his terrible imago. Critiques of “power” left us powerless to defend our principles.

@theamericanage: As for celestial alignments, I had just finished my PhD and had some decisions to make. I could pursue a tenure track job or do something quixotic and likely to fail. So I found a windmill, called it The American Age, and started tilting.

@monologging: As the founder and editor, what unique experience(s) / perspectives do you bring to the publication?

@monologging: What are some of the biggest risks you feel you are taking as a publisher?

@theamericanage: Writing for the future. This might sound inflated or clichéd, but I absolutely mean it. I’m willing to risk ridicule and court obscurity because I believe this is a time of madness, and I will not contribute to it. I stand against it.

@theamericanage: There’ve been other times of madness, of course. We aren’t unique, but we are in danger. Real danger. The future is open. There’s no teleology. Sometimes the wheels come off. I don’t want the wheels to come off. I love people and culture.

@monologging: How many writers are currently involved with the project? Are you surprised by some of the content that has been submitted?

@theamericanage: There are seven of us involved of varying commitments. Everyone is on board with the idea, but many of those involved are tenured or tenure track professors, so their time is in (very) short supply. But we are only at the beginning.

@monologging: What are some highlight foundational pieces that have helped to set the stage / define boundaries for the broader conversation(s) you intend to host on the platform? (pls provide links to examples)

@theamericanage:  It’s a little shameless, but the opening gambit that announced the project. If you ask me this question again in a year, I expect to advertise someone else’s writing. But for today it’s this: http://theamericanage.org/welcome/taa/

@monologging: What sort of traction is your content getting? Does it give you some insight into who your audience is? / Where do you expect to find more readers?

@theamericanage: Most people have engaged with our 1st episode of The Moral Imagination. TAA is a diverse media project–think National Geographic in scope but not size–with its magazine, movies, television, and research – https://americanage.org/tmi-0101

@theamericanage: As for readers, we’re beginning to use social media (something new for me), and will pursue traditional advertising and publicity. Guest posts on larger platforms too; making friends with twitter ninjas like J. Barken; that kind of thing.

@monologging: Because your mission is in many ways political, have you encountered any resistance to your messaging?

@theamericanage: Not yet. We’re just not large enough. But we will. I expect to have opposition. In fact, if we’re not pissing people off we’re probably doing something wrong.

@monologging: In your mission statement, you describe a “disease at the core of American Civic culture.” What are the symptoms? & if left untreated how will the disease progress?

@theamericanage: There are principles, virtues. Grace is real. We can find our way back. America has never truly atoned for its past. It has no Yom Kippur. The Thanksgiving holiday is a ritual for amnesiacs. We would change that, and more…

@theamericanage: If it’s left untreated? Civil war. Tyranny. Techno-fiefdoms. Not for a generation or two, but it will come. Fate resolves “gradually, then suddenly” to borrow from Hemingway. The time to resist that possibility is now.

@monologging:To what extent is the proliferation of fringe media outlets in the Internet / information Age the root of the disease?

@theamericanage: I wouldn’t say it’s the root, but a symptom. Information and the means to create it has presaged every chaotic age. The invention of writing, then alphabets, syllabaries, the printing press, radio, now the internet.

@theamericanage: The fringe is both the promise and the peril of this proliferation. Progress is not guaranteed. It must be fought for. We have to win the day. And we must do it from the periphery.

@monologging: How does a new publication like American Age achieve legitimacy and stay above the fray, thereby helping to reestablish a code of civility?

@theamericanage: Well, in some circles academic imprimatur. I’m able to talk to certain people because of my institutional contacts. In other circles, though, it’s a liability. In any case it helps to be serious. As for staying above the fray…

@theamericanage: I don’t want to stay above the fray. TAA is in the fray. We’re all in the fray. But I take your point. We’re not chasing small fish. We’re fighting the oldest fight. The one that twisted Jacob’s hip out of joint. Old stories need new words.

@monologging: In your mission statement you also describe the publication as “a rooster call to stir our fellow humanists awake.” Why is reviving humanism essential to resolving the crisis of civility?

@theamericanage: Because humanism, secular humanism, has failed to find its center. They’re obsessed with the present and the self. But the present, and the self, are only motes in the vast transmigration of souls across time…

@theamericanage: Humanism shouldn’t be about the self only. That’s narcissism. The purpose of the present is to atone for the past and work for the future. At its best Judaism understands this, as does the doctrine of karma, and good works in Catholicism…

@theamericanage: Secular humanism needs a similar doctrine. We hope to advance that possibility. It needs a temporal calibration. That’s the point of the compass and clock in TAA’s logo.

@monologging: What are the key tenets of modern humanism? And who are the most prominent spokespeople advocating this philosophy today? Why is the philosophy so beaten down?

@theamericanage: Well, modern humanism itself has several branches, of which “modern humanism” is one: secular, literary are (some) others. And there are many thinkers associated with these branches…

@theamericanage: I’m wary to get into the weeds on this because that’s not what we’re about. “TAA is part of this school”–that kind of thing. There are too many names and movements already. There’s just the project: atone for the past, work for the future.

@monologging: To what extent do Humanists reject religion?

@theamericanage: Depends on the humanist. In general, though, secular humanists fail to see the necessary linkages between “religion” and their techno-libidinous futures. We did a little video on this: https://americanage.org/invisible-kingdoms

@monologging: Fringe media and populism often decry the elitism that seemingly accompanies intellectualism. Seeing as Humanism is largely an intellectual exercise, how do adherents avoid passing judgement on a more traditional or perhaps religious layperson, who wouldn’t take as much stock in human ingenuity and reason? …

@theamericanage: I don’t need you to follow the same path that I do to live a principled life. I would simply ask that you extend me the same courtesy.

@monologging: How does “The American Age” platform remain accessible to all audiences and avoid appearing condescending toward readers?

@theamericanage: By not condescending to readers. I taught for years in a community college, and think we don’t give people enough credit. Unless we’re trying to impede comprehension, many of the ideas we traffic in are fully intelligible.

@theamericanage:It’s our job to convince readers what we’re doing matters. That’s why TAA has a video series, and develops memes, along with high-level writing. We want to make our project accessible.

@monologging: What should the rising “Millennial” generation and younger generations find particularly attractive about publication that is rousing belief in Humanism?

@theamericanage: What do I mean by that? “Hey, look how virtuous I am.” “Look how authentically I feel the human condition.” “See how woke I am.” None of that. Those are starting points. Not end points. Let’s help some people. That’s TAA’s project.

@monologging: How can entitlement be disciplined?

@theamericanage: Humility. If your lodestone is yourself always, your compass becomes an instrument for your own satisfaction. Humility recalibrates this. It’s a reliable principle for navigating a world filled with other people—present, past, and future.

@monologging: Why is it important for hope to be “historically conscientious?”

@theamericanage: Because hope without historical consciousness is hippy-dippy. It leads you to believe there aren’t real limitations in the world. Thoreau called it the “unhandselled globe.” The enormity of the world confounds our idealizations of it.

@theamericanage: Without that kind awareness, you often only see one side of an issue: #Israel or #Palestine; #Democrat or #Republican. Hope that isn’t historically conscientious is either feckless or tyrannical.

@monologging: Please give us a quick tour of the site. What are some of the most exciting sections that readers should check out, and where are you most eager to attract content submissions?

@theamericanage: We are still in our “soft launch” phase. There’s so much work to get to the work, if you know what I mean. Every section was carefully considered and is meant to engage with readers at a particular emotional or intellectual level.

@theamericanage: We’re open to content in every section except the Poetry section (for now, at least). We don’t have the personnel to sift through the number of poetry submissions we’d expect. Every other section is open. We’ll be fully running by June.

@monologging: You have a model to compensate writers based on incremental increases in subscribed readership. Will you also be opening the site up to advertisers to attract additional revenue?

@theamericanage: Right now, no. I understand the advertising model for websites and it’s an awful numbers game. The content requirements are too frenetic. We don’t want to worry about those kind of numbers. We want a small core of dedicated readers and writers.

@theamericanage: A small number of dedicated people can change the conversation. In fact, it’s the only thing that ever has. I’d rather have a 100 subscribers willing to pay for content than 10,000 ideological looky-loos.

@monologging: You have three tiers for subscription. Please explain the increments. Are you having success getting readers to pay for content?

@theamericanage: The free tier gives readers access to two more articles per month (5 total). The $4.95 tier gives the reader unlimited access and discounts on print editions. The $9.95 tier gives a deeper discount and an open invitation to suggest topics.

@theamericanage: Currently we only have a handful of paid subscribers, but we’re still in soft launch. We don’t expect subscribers to start climbing until the summer. But we are pleasantly surprised at the current number.

@monologging: Should we be optimistic that there is a new “Age of Reason” on the horizon?

@theamericanage: We don’t traffic in optimism. No, I’m not optimistic, but I’m not pessimistic either. Optimism implies expectation. I don’t expect the world to respond to reason, but I will fight for it, as well as humility, courage, and honesty.

@theamericanage: Virtues aren’t given, and our expectations of the world are irrelevant. I do have hope, though. I’m filled with hope. There are others who think as we do. Who are ready to do something meaningful. We’re putting our shoulders to the wheel.