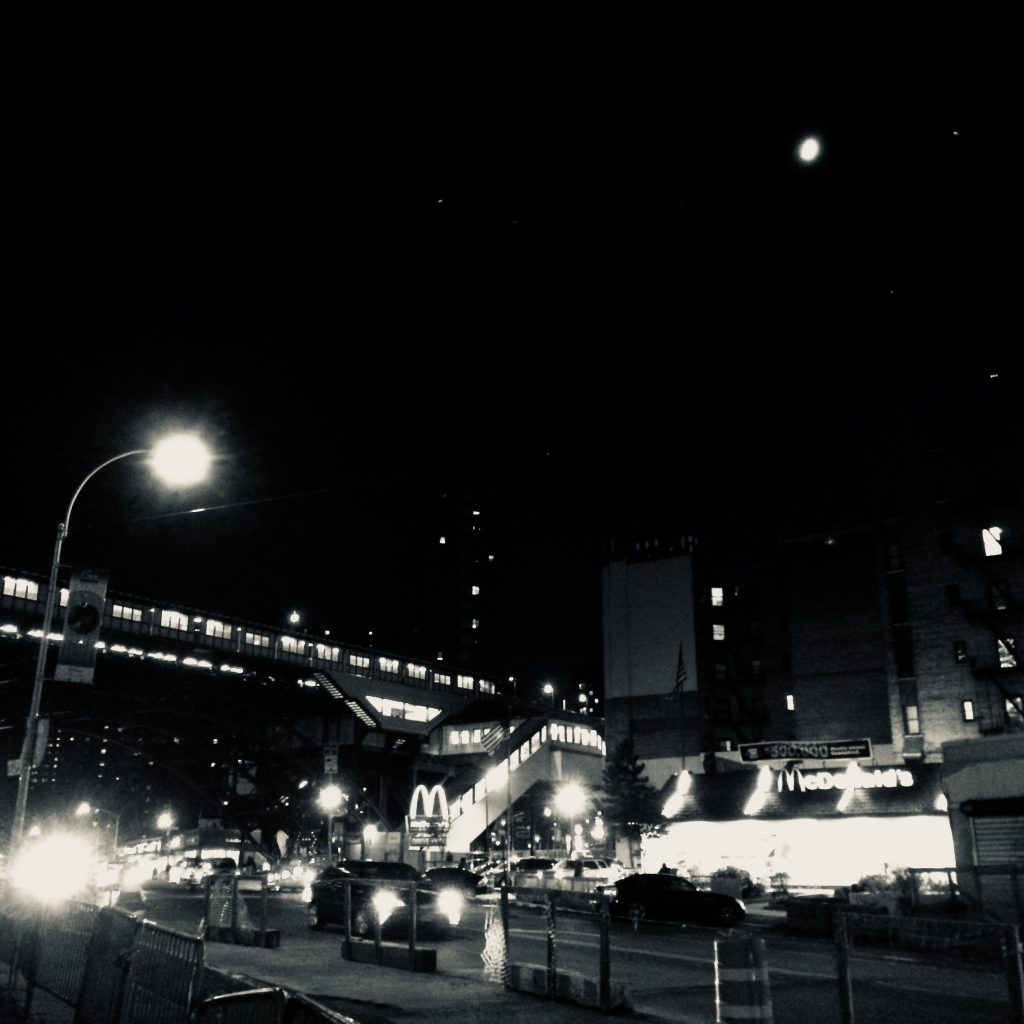 Thanks for Riding with Jesus

I rode with Jesus the other day. Ten glorious, spirit-filled miles. They were fun-filled, too. Yes, I was touched by the son of God himself, and sitting in the back seat of his 2014 Blue Passat (7EAD313), I felt as if I were being whisked away from all my cares.

Good thing I became a believer quickly. The 405 was in one of its usual crowding phases, and Jesus was pulling motorcycle-like lane splits. Give him this — he could drive like hell.

While I was in his holy presence, the day seemed to get brighter. It was if the darkness relented to the holy glory of dawn. I definitely felt as if I was being touched by an angel — and not just any angel, but the big J. We got off the 405 at La Tijera.

Jesus laid on the horn at the driver in front of us. No effect.

“No turn on red” I said, pointing to the sign.

“That’s for you folks, not the son of God!” he laughed, almost rear-ending the Explorer with Utah plates that was standing at the light.

I almost thought I heard him mutter a curse word or two at the careful driver in front of us. I knew just then, What Would Jesus Do in traffic?  He’d be just like one of us — pissed off at the slow driver in front of him, impatient, and ready to honk and curse at a moment’s notice. I felt very close to Jesus at that moment.

The calm mellow of the morning now shattered by the horn, his vibe seemed a bit agitated, like his blood pressure was up a little.

“Calm down, man, it’s just traffic. I’ve got plenty of time” I said.

“My dad is waiting for me and he hates it when I’m late” he said back.

What do you say to the Son of God when he, too, fears the Wrath of God?  I really wanted to hit the Starbucks drive-through after that one, but was afraid to ask.

Thankfully, at that moment, Jesus drained the last of his coffee. “Shit,” he said, “would you mind if I went through the Starbucks drive through?  Had a helluva night last night.”

“Of course, and here’s $3 if you can also have them pour a second cup for me.”

We leave the Starbucks and continue driving down Aviation Boulevard. All of a sudden, a  blue flashing light fills the car’s interior. “Fuck, not again,” Jesus said. I tensed up, too, knowing that a police-caused delay could take a while. The cop car sped by, however, and was apparently heading toward a real crime.

His voice still shaking, he said “Yeah. Just too many of those guys are doing ICE’s work for them. Hell, I could have been snatched right up from this car, right here, never to be seen again.”

“I’d be your witness” I said, half jokingly. I thought to myself, “St. Gary of Culver City” now that would be something.

He had a photo on his dashboard of a average looking, chubby, dark-eyed woman, about 25. “Who’s she?” I asked.

“Well,” Jesus said, “she may not win any beauty pageants, but she’s kind AND awesome where it counts if you know what I mean.”  He smirked and winked.

We turned right on 96th Street, near the Burger King that they recently knocked down. It used to be LAX’s unofficial cell phone lot. The place probably would have done gangbusters if they had simply charged for parking, but they didn’t. If you wanted to stop in for a burger, no parking. Waiting for your girlfriend to get back from New York, park all you want.

We continued a few blocks further, past Lot C, the big open-air lot for those who can’t or won’t pay for WallyPark. Here, your car is sure to get its fade on and window smashed while you’re shoveling snow in Cleveland.

Then, the magic “shortcut” — the heavenly flyover that takes you straight into the heart of the arrival/departure ramps. Its really only a shortcut because people from Calabasas or La Cañada—Flintridge have no clue and sit stuck at the crossroads of Sepulveda and Stinkin’ Lincoln. But it is also magic — you feel like you’re in the LA Freeway version of the TSApre line.

“Terminal 1,” I said as we entered the loop that snaked through LAX.

“Southwest?” he asked, “I knew a flight attendant from there for a while.”  Jesus winked and smiled again. He got around, I guess.

The car inched up to the curbside drop off. Airport drop-off points are spectacles of human behavior, places that careen between subtle little acts of kindness and grossly overt acts of hatred. And you could never tell – the mild mannered woman in the white Prius could turn into a viper instantaneously, while the over-muscled Persian dude the car service Escalade could be as gentle as a furry puppy.

Jesus, with a deft mastery over his steering wheel and brakes, pulled over right in front of a silver Honda, leaving the driver of the Honda honking and saluting Jesus with one finger. 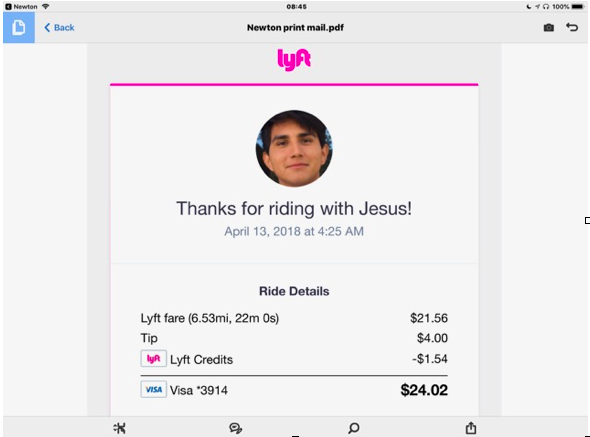 “He’s going to hell, I’ve got his plate number” Jesus snickered “You don’t give the one-finger salute to the Son of God.”

He started getting out of the car, ostensibly to help with the bag. “I can get it” I said, not wanting another scene. He popped the trunk. I got out and grabbed my luggage.

“Have a blessed day,” Jesus said as he sped off, squealing tires and leaving the traffic pseudo-cop in a cloud of exhaust smoke.

I checked in, went to my gate and pulled out my phone. The Lyft app was still there, now asking “How Would You Rate Your Ride with Jesus?”

How the hell should I answer that?  Five stars, I guess. “Clean Car?” five stars. “Good Driving?” five stars again. “Fun conversation?” another five stars. Now the hard question – $1, $5, $10, or “Other Amount.”  This is Jesus we’re talking about. And I know, I’m a Jew-theist. But still, I was promptly raptured to LAX and… well, you never know… and I wouldn’t want St. Peter to treat me like he was the bouncer at some hot Hollywood club and I was some Orange County schlub, would I? “Other Amount, $15.”  After all, televangelists buy their way into heaven… why can’t I? 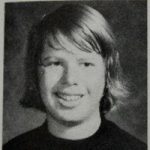 Gary Zeiss is an essayist, author, and lawyer from Culver City, California. When not writing or practicing law, Gary can be found at one of the several fencing clubs in Los Angeles seeking to perfect his foil technique, or waiting for a flight to whisk him to a far corner of the globe.